I am sitting in my pajamas at a desk in Lone Kauri Road, Karekare at 5:39pm which is funny in itself because there is a multitude of Kauri and native bush stretched out in front of me through the living room window. A stunning, calming vista usually and one that I realise has come to be significant to me in my newly realised love of the bush. There are three dogs to the right of me (two labs and the fox terrier matriarch of the family – all sleeping), a cat upstairs and my dog Tai is asleep in the car.

I am in long flannelette blue striped pajama trousers, a singlet and woollen jersey and it is January 2020. I am supping from a tiny goblet of black coffee – given that I started my first 24 hour fast this morning at 11am – so the coffee is in lieu of dinner.

My ears are ringing loudly – a combination of bush-cicada hiss spanning several frequencies in the right ear, a high pitched undulating, pulsating sine-wave type tone in the left ear and ocean, heart beat-type low frequency waves across the middle section of my ears. This tinnitus is the worst I have experienced in a long while and I know the coffee won’t be helping but when the coffee is one’s dinner treat then what can I say….

I am sitting in a house surrounded by waves of orange sky – the remnant signals from bush fires across the way in Australia. I largely keep my news intake to a minimum and can be sufficiently self-absorbed at times to not give much attention to the goings on in the world around me – though this is slowly changing. I am becoming more able to experience compassion and connection rather than shutting out the news as merely that – The News.

But I had really been behind in the Australian fires story until yesterday when visiting a friend who studies and reports on climate change for a vocation – she had recently returned from the largely unsuccessful Climate Change Conference in Madrid so was gripped by developments, as well as being woken at 5 in the morning to give comment to the Washington Post. If I was going to get another fabulous CW wake-up-things-are-happening-in-the-world-that-aren’t-about-you call, then she was the perfect person to deliver it. Rather than overwhelm me with screeds and screeds of videos and photos that do nothing but numb the senses, she gave me a few video excerpts and examples of specific areas (people cowering on a beach in the dark waiting for help comes to mind). I guess that’s why Cindy is a journalist – maximum impact with minimum content – so I was hooked and finally participating.

Which hasn’t given me much time before this afternoon went dark at 2:30pm and an eerie orange glow covered the landscape.

I am in a re-evaluating frame of mind (though re-evaluating is sometimes never far from a self-absorbed person). In fact much of the conclusion I am coming to is that I am to re-evaluate less and act more. Now that’s not going to happen. Well – it might – in little bits at a time – maybe like Mel Robbins 5 second rule – 5 seconds at a time. Feel an impulse and act on it rather than deliberate what the outcome will be. If you don’t act in the 5 second window, the brain shuts it down as a threat. So I’m considering the notion that even though I feel that I’m more body based and less cerebral – mneah – there’s still quite a bit of cerebral to overcome. Can I trust myself? Which is the right impulse to follow? I guess I’m going to have to test and see.

I have been listening to some interesting podcasts and two of them referenced the subject of resilience or flexibility, one through mentioning heart rate variability – a tool for assessing health and response to physiological stress.  It measures the beat-to-beat variation between our heartbeats.

The amazing aha for me came from Dr. Rangan Chatterjee as interviewed by Dr, Mark Hyman when he said “…people will think it should be like a metronome…but that is actually incorrect. What we’re looking for is a high degree of variability (complexity)….and it shows that we’re constantly adapting and able to adapt to the changing environments around us”. Low heart rate variability is indicative of high stress in the body. How amazing! We are meant to be, to a degree, in states of flux. We are meant to not be too predictable. Predictability and sameness can be harmful for us.

Wow – this blows my mind. the Buddhist teaching of embracing the unknown, the marvellous way in music in which music becomes more interesting when it is in flux around the pulse of the song. The erotic intelligence Esther Perel speaks of – holding tension between the need for safety with an intimate other and the need for the unknown, for risk, for novelty – love and lust – safety and risk. The way in which creating something new inevitably involves a degree of dismantling what is known and rebuilding from chaos or remnants. The way in which fasting and exercise put the body into a form of shock that enables it to rebuild and develop strength.

The homeopathic definition of health ‘the freedom to adapt to change’. This is what makes us healthy – when our responses come from a place of fluidity – not concrete, robotic, static thinking or reaction.

The more staid we become, the sicker we get. 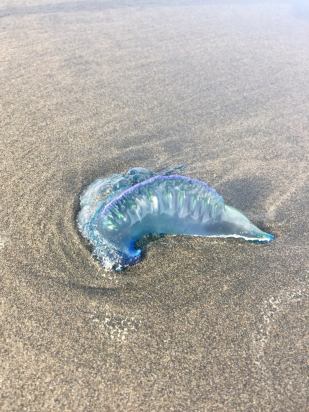 Why? I don’t rightly know. That’s the beauty of living a life of fascination – the connections come through in the end.

Lisa Whiteman describes herself as an intentional noticer of life. She is a lifelong passionate learner and I am fortunate to have had her mentor me amidst wrappings of wildly enthusiastic conversations over food or cups of tea and coffee usually. Her official titles would be podiatrist and life coach/business mentor, physics/science nerd, philanthropist, exercise innovator and all around energy bunny with a fabulous husband and family to boot.

She was recently interviewed by ultra-marathoner Lisa Tamati (talk to Hinemoana Baker and she will put ‘Lisa Tamati’ and ‘moon hopper’ in the same sentence – but that is another story).

Amongst talking about interesting topics such as pain (the more chronic the pain, the less it can be due to tissue damage) and an invention she is working on which will assist in running gait correction, Lisa turned to the rehabilitative powers of movement – both physically and psychologically.

She advised that “multi-directional exercise that is dynamic and high frequency is the best protection from bone injuries….can you do the same things in different ways?…”.

Here it is again – health, resilience, strength and recovery all seem to result from more movement, more change, more fluctuation, more surprise to the system, more variability – not less.

Where does that leave me today? Well it is now 7:54pm and I am still in my pajamas. It is still cold. The orange sky has been replaced by a mildly tinted grey. The dogs are still asleep, My ears are still ringing.

I am still no closer in knowing with absolute certainty the path I am taking this year but I remind myself that my own resilience and ability to give to the world will come from 5-4-3-2-1-ing my way through new behaviours, new situations, new people with different ideas, new connections, and new experiences.

Our neck of the woods here (literally) is in shock from the erasing of forest, species and homes on a grand scale. In ways small and great, individuals and societies are being flexed, dismantled and in flux but hopefully being rebuilt in new ways. These fires seem particularly devastating – to talk about them and art and the trajectory of a single life such as mine seems futile but this world is incredibly complex and we are all navigating how to best be in it.

My friend composer John Psathas has messaged me to say he will be under the radar for a while with huge composition commitments – which is ok because one conversation with John is gold and worth a mountain of fly-by-night cursory chats. He has been writing works such as Voices at the End which contain moments that are as frantic and seemingly apocalyptic as the title suggests but which hint at a possible alternative to global destruction whereby   “…this evolutionary pressure that we have to save ourselves creates a kind of revolution and we find a way out…” (John in short documentary about the piece Voices At the End)

I love how music can transform us in the process of making it and listening to it.
I love black coffee when I’m fasting.
I love text conversations with friends who are also re-evaluating their place in the world.
I love jellyfish but I don’t know why.

And, though it is difficult, I will continue to love as best as possible my undulating path and the orange variable heart-rate of the world in which I live.

PS. the title quote ‘under the same cover of sky’ is taken from the fabulous Tiny Ruins song Olympic Girls